Law is Stranger Than Fiction Episode 3: Legal Dueling in Utah 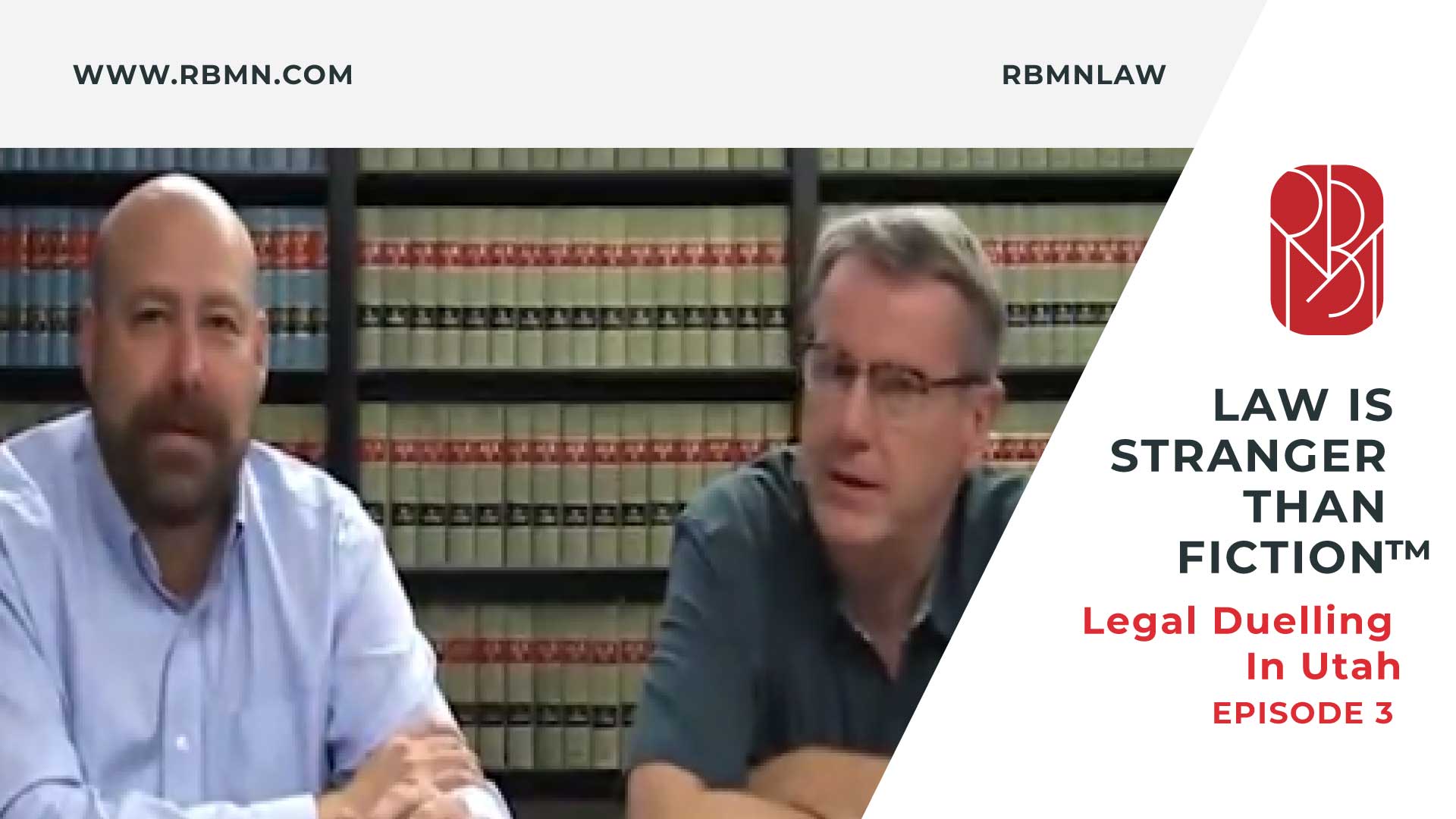 Did you know that in Utah that some forms of dueling is legal? Listen in on this episode of «Law is Stranger than Fiction» to see what’s legal and what’s not!

Steven: [00:07] Good Afternoon, welcome to Law is Stranger than Fiction blog. I am one of your co-hosts, Steven Bergman.

Barry: [0:43] I mean as long as weapons aren’t involved and the participants are both consenting to duel, there’s no law that prevents consensual altercations in the state of Utah.

Steven: [0:55] Alright when you say consensual altercation, what does that mean?

Barry: [1:07] As long as there are no weapons involved, it is mutual combat.

Steven: {1:09] Okay, so I can’t break off that beer bottle and have that little sharp edge you use then?

Barry: [1:18] I mean you have to give consent either verbally, in writing, or by your actions.

Barry: [1:34] That might be a little more technical than required. But if that fits the circumstances, sure.

Steven: [1:49} Okay, so now talking about implied consent… it’s actually an amusing story. An actor was charged with homicide in a fight with a homeless person and got out of it by claiming mutually consent. I don’t know if you’re aware of that.

Steven: [2:12] Okay what exactly does the statute say?

Barry: [2:14] The statute says that in any prosecution for criminal homicide or assault it’s no defense to the prosecution that the defendant was a party to any duel, mutual combat, or other consensual altercation, if during the course of the duel, mutual combat, or altercation if any dangerous weapon was used or if the defendant in an ultimate fighting match, as defined under the law.

Steven: [2:41] Okay, so as long as I and whoever I’m fighting with, if there’s consent and there’s no weapons involved then it’s not illegal to get in that fight.

Barry: [2:50] You may be violating some other law, but Utah has no law against it.

Steven: [2:53] Okay, well we’re talking about dueling today. So, I’m not worried about any other laws. Okay well that’s great. So, here’s the reality. Hopefully you aren’t finding yourself in situations when you are challenging people to fights and needing to use the protections of the statute. But there may be other situations in the course of business, the course of everyday life where you need to get consent from somebody or you need their permission or authorization to act. And in those situations, you want to make sure that consent or that authorization is valid. One of the ways to do that is get a video recording of it, put it in writing, or have other circumstances to make it look like that they agree. Anything further?