8 THINGS TO KNOW ABOUT RECEIVERSHIPS 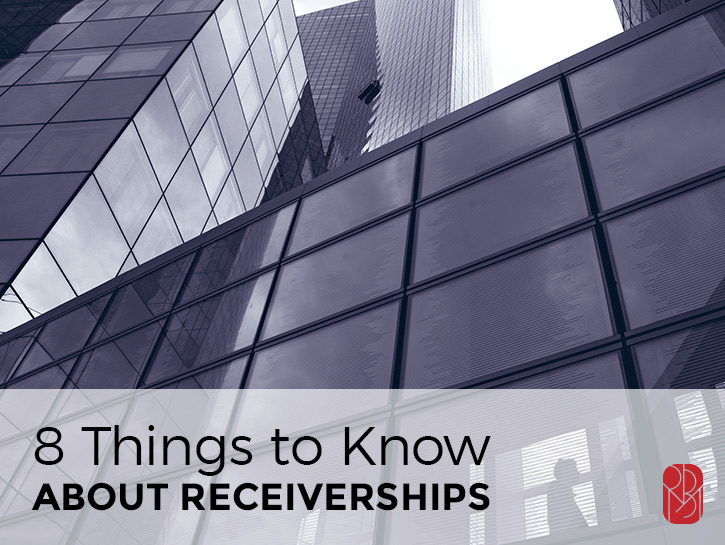 If you become part of a Receivership case or if a Receiver makes a claim against you, here are some important things to know:

1. A Receiver is an officer appointed by the Court who is given custody of specified assets with direction to liquidate them and distribute the proceeds. A Court order is typically required to appoint a Receiver, and the terms of the order describe the Receiver’s duties and powers.

2. The appointment of a Receiver often comes at the request of a government law enforcement agency, such as the United States Attorney’s Office or the Securities and Exchange Commission. When such an agency brings an enforcement action against someone, that person or entity’s assets may be placed in receivership to preserve them for the victims of wrongful conduct.

4. A Receiver can only act in accordance with the instructions and authorizations of the Court that appointed him or her. If the general appointment order does not give specific authorization, then the Receiver must seek additional approval before pursuing a certain course of action. For example, the Receiver must be previously authorized to file claims against third persons, to sell or abandon the assets placed in the Receiver’s custody, or to distribute the proceeds of assets liquidated.

5. With the Court’s authority, a Receiver may file claims against third persons or entities to recover monies paid or assets transferred to them if the Receiver believes the circumstances were unlawful.

6. The Court has broad power and discretion to fashion appropriate remedies in a Receivership case. For that reason the Court’s rulings on various issues may be handled differently than in a typical civil action.

7. The Receiver is paid from the assets placed in his or her custody, and the Receiver’s fees have priority over other claims. Fees earned by the Receiver must be approved by the Court before they are paid, and typically are based upon rates and parameters set forth in the order of appointment. Likewise, other costs incurred by the Receiver are reimbursed only after approval by the Court.

8. In most civil litigation, parties reach a settlement because of (a) the burden of legal expenses and (b) the desire to avoid further litigation. In a Receivership case, the Receiver often does not feel those motivations as would a party to a traditional lawsuit. The Receiver does not have a client who is paying legal expenses from its own funds, but instead the Receiver is being paid from the assets of the receivership estate. Also, being a Court-appointed officer, the Receiver does not have a personal connection to the issues of the case, and therefore does not face the emotional burden that often weighs upon a traditional civil litigant.

We often handle Receivership litigation. I have represented lien creditors and other claimants in Receivership cases and have also been appointed as a Receiver myself. If you have questions about a Receivership matter, please contact us.

Tips for Effectively Using Your Business Lawyer
REQUEST A CONSULTATION