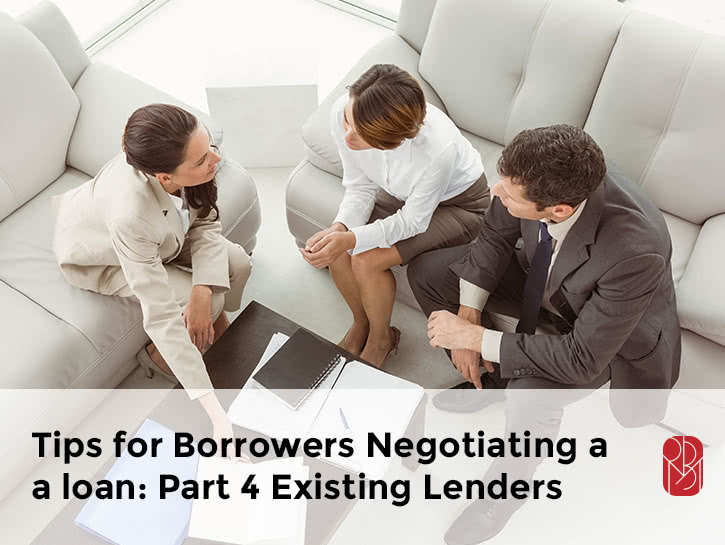 New loans are more complicated when a borrower already has an existing loan with another lender. It’s all about collateral. Here are some tips to keep in mind:

1. Keep the old lender in the loop. If the old loan will remain in place, new lenders may only be willing to extend a loan if there is unencumbered collateral available to secure a new loan. For this reason, it’s wise for a borrower to: (i) know exactly what collateral has already been pledged to other lenders; and (ii) keep as many of its assets unencumbered as possible to use as collateral on additional loans. Existing lenders may be willing to release some of their collateral to secure a new loan, especially when the borrower will benefit from additional credit that the existing lender is unwilling to extend. As always, be careful to keep the old lender in the loop when looking for new or additional lenders.

2. Intercreditor Agreement. It’s common for two or more lenders to make loans secured by a single borrower’s collateral. To do this, they will enter into an intercreditor agreement that specifies the priority of each lender’s collateral. There are two possible scenarios: (i) the lenders can split the collateral between them, each maintaining a first priority position (e.g., one lender will take inventory as collateral, and the other lender will take equipment), and (ii) each lender can take the same assets of the borrower as collateral, with one lender being in a first priority position and the other being in second position. Intercreditor agreements can involve contentious negotiations between competing lenders, and it’s important for the borrower to have competent counsel to act play the role of a mediator. Many loan deals have failed to close because the lenders could not reach agreement on the intercreditor document.

3. Payoff Letter. When a new loan will be paying off an old loan, the old lender will be asked to provide a letter that details exactly how much principal, interest and fees are outstanding. The payoff letter should also state that, upon payment in full of all amounts owing, the old lender releases its lien on the borrower’s assets. Some lenders forget their obligation to release liens, and it can cause future problems for the borrower. Experienced finance counsel will help the borrower remember this important step and save money in the long run. Visit https://www.richardsbrandt.com/practice-areas/utah/bank-finance-attorney