Are “Deadbeat” Parents Getting a Fair Rap? 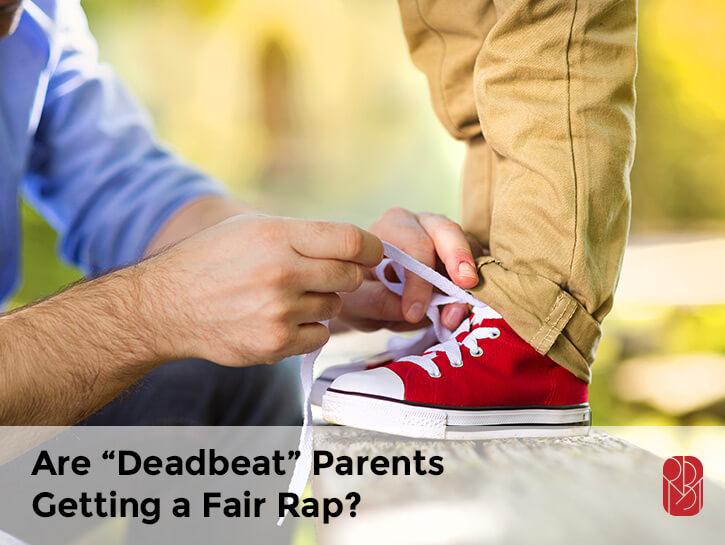 Society has labeled parents that do not pay court ordered child support as “deadbeats.” However, a study published in February 2015 (http://onlinelibrary.wiley.com/doi/10.1111/jomf.12188/abstract) looked into whether so-called “deadbeat dads” are in fact financially providing for their children in other ways. The researchers found that many disadvantaged noncustodial fathers spend an average of $60 a month on their child through the purchase of goods, such as food and clothing, as opposed to cash payments directly to the custodial parent through formal child-support arrangements. This amount of money appears to be an increase from the $38 per month on average that fathers in the study paid in formal child support. The study also found that the fathers that spent time with their children provided greater financial support than the fathers that did not visit their children.

In the legal context, even though a parent may be directly purchasing items for his child, unless he is also complying with the court’s child support orders, he may be opening himself up to contempt proceedings. At present, most courts do not credit goods purchased for a child against the parent’s child support obligation. Instead, those purchases are generally viewed as voluntary gifts for the child. The researchers in the above study suggest that the fathers in the study were motivated to give their children tangible items, as opposed to paying child support, because it provided an opportunity to bond with their children. In another article discussing the study, one of the researches stated:

What we learned is that these dads are purchasing a relationship with their children. . . . They want their kids to look down at their feet and say, “My dad cares about me because he bought me these shoes.” . . . The child support system weakens the child/father bond by separating the act of love from the act of providing.

Child support in Utah is typically a straight forward calculation based upon each party’s current income and the number of overnights per year that each party exercises with the child. The child support award assumes that each parent is contributing financially to their child beyond what is either paid or received in child support. For example, a father paying child support to the mother based upon a sole custody child support worksheet is providing the mother with funds for the benefit of the child, while the child is in the mother’s care. When the father exercises parent-time, he is expected to spend additional money beyond what he pays in child support in order to feed the child and do activities with the child during his visit. Is a child/parent bond better promoted by the parent spending money on the child or by spending time with the child? A custodial parent is unable to unilaterally withhold parent-time from a noncustodial parent simply because he is not current on his child support. However, parental rights are not absolute. Under Utah Family Law, parental rights may be terminated for a variety of reasons, including situations where a parent has only made token efforts to support or communicate with the child. At a minimum, the study reinforces that so-called “deadbeat” parents generally love their children and are expressing that love in their own way. Although we should not discredit that finding, at the same time, society generally recognizes that being a parent is more than simply loving your child – it includes the responsibility to provide a safe home and environment for your child and ensure that his or her needs are meet, both emotionally and financially. Overall, the recent study provides some interesting findings, but it is unclear whether they should have any impact on the legal system. Certainly, in order to do so, our expectation of parental responsibilities would also have to change.

Heather Tanana is an Associate Family Law Attorney with RBMN.

What is a trademark?