Utah Workers’ Compensation: The Important Distinction Between Accident and Disease 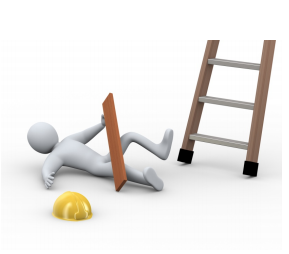 What is an industrial accident?
The answer to this question is of paramount importance to both employers and injured workers in Utah. The amount of benefits available to an injured worker, and potentially owed by an employer, are directly impacted by whether an industrial injury is classified as an “industrial accident” under the Utah Workers’ Compensation Act, or an “occupational disease” under the Utah Occupational Disease Act.

Utah workers’ compensation law is somewhat unique in that it allows for apportionment in occupational disease claims. Apportionment allows a court to identify all causes of a medical condition, and then adjust the benefits awarded to reflect only the percentage of the injury actually caused by the employment. This system ensures fairness as the worker is paid for the industrial portion of her injury, no matter how slight, and the employer is released from liability for any non-industrial causes of the worker’s condition.

In contrast, apportionment is not available in industrial accident claims. A worker injured by “accident” is awarded full benefits for her entire condition upon proving her claim—even if the industrial accident only slightly contributes to, or aggravates a primarily non-industrial injury. The tradeoff is that, unlike in occupational disease claims, the employment is not assumed to be a legal cause of the worker’s condition. Instead that causal connection must be proven by the worker, the failure of which completely bars an award of benefits.1

Historically, Utah courts drew a common-sense dividing line between the two types of claims. An “industrial accident” was logically defined as a distinct, injury-producing event at work (e.g., falling off a ladder). An “occupational disease” was considered a medical condition that developed gradually as a result of a worker’s exposure to the regular duties of employment (e.g., extensive use of a ladder every day for months or years, resulting in a damaged knee).2

Unfortunately, Utah courts have since departed from that common-sense distinction. In the 1940s, Utah passed an exceptionally restrictive statute that essentially limited occupational disease claims to only a few, specifically identified types of conditions. The courts reacted by steadily expanding the definition of “industrial accident” to cover those gradually developing conditions which fell outside the narrow coverage of the new occupational disease statute, but which also failed to meet the original definition of “industrial accident” due to their gradual onset. Unfortunately, this initially well intentioned expansion has proceeded unchecked for nearly 75 years, and has now far exceeded the bounds of necessity. The courts’ current interpretation of the law essentially allows all gradually developing conditions (even those arising over a period of years) to be claimed as “industrial accidents.” This unbridled expansion has essentially caused a de facto repeal of the Occupational Disease Act and its apportionment provision.

The Utah Legislature has, somewhat recently, indicated its desire to reverse this unnecessary judicial expansion. In 1991, a new Occupational Disease Act was enacted, eliminating the restrictions of the original Act, and expressly providing compensation for “all” injuries and conditions gradually caused by the duties of employment. However, in the 23 years since its enactment, the Utah appellate courts have not been presented with the opportunity to interpret the “new” statute and define its impact upon the current expanded interpretation of what constitutes an industrial accident. As a result, the lower courts have maintained the status quo, continuing to apply the judicially expanded interpretation of the now superseded Occupational Disease Act. Through a currently-pending appeal before the Utah Court of Appeals, our firm has provided the Court with the opportunity to interpret the new statute. In doing so, we have requested that the Court give force to the Legislature’s intent that there be a clear and logical distinction between “industrial accidents” and “occupational diseases.” In issuing this challenge to the Court, we acknowledge the general hesitance of appellate courts to overturn longstanding precedent. However, we are hopeful that the Court will see the overwhelming need for clarification and reform in this hotly contested area of law. The specific details of the case will be shared in a second installment of this article once the Court of Appeals has rendered its decision.