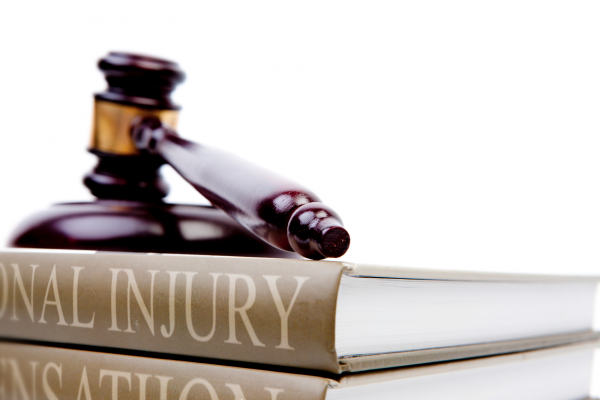 Regardless of the political issues currently swirling around immigration reform, it is important to have a grasp of basic immigration law principles when defending personal injury cases.

A few recent cases are illustrative of the effects that an undocumented worker’s status can have on claims of personal injury, plaintiff employment, or similar claims.

Hoffman v. NLRB, 122 S.Ct. 1275 (2002). In this case, the employer petitioned for review of, and the National Labor Relations Board (NLRB) cross-applied for enforcement of, an NLRB order awarding an undocumented worker backpay from date of his illegal termination until the employer discovered he was unauthorized to work. A panel of the Court of Appeals for the District of Columbia Circuit ordered enforcement. Following grant of a petition for rehearing en banc, the Court of Appeals again granted enforcement. On appeal, the U.S. Supreme Court, Chief Justice Rehnquist, held that federal immigration policy foreclosed the NLRB from awarding backpay to an undocumented worker who had never been legally authorized to work in the United States.

Madeira v. Affordable Housing Foundation, 315 F.Supp.2d 504 (S.D. New York 2004). Here, an injured undocumented worker’s status did not prevent him from recovering compensatory damages for defendants’ violation of New York’s Scaffold Law. His undocumented immigrant status was relevant to determining whether lost wages were appropriate and how much should be awarded.

Silva v. Wilcox, 223 P.3d 127 (Colo. Ct. App. 2009). Here, to the extent that a defendant is able to establish that a plaintiff immigrant is not authorized to be in the United States and has secured employment by violating the law or is in violation of the law in some other particular manner related to such employment, so that the plaintiff is unlikely to remain in this country throughout the period of claimed lost future income, the jury should be provided that information in determining whether to award damages for lost future wages.

During discovery, an attorney may wish to direct written discovery to the plaintiff that asks about citizenship and immigration status. During the deposition of a plaintiff believed to be an undocumented immigrant, potential questions to ask include: Are you a U.S. Citizen? Where were you born? What is your immigration status? Are you legally authorized to work in the U.S.? If so, how is that documented? Have you ever applied for Medicare or Medicaid? (Don’t assume they haven’t – a Medicare audit last year revealed that people living in the U.S. illegally had collected over $120 million in Medicare benefits as of 2012. This could trigger Medicare Secondary Payer Act issues in the future.)

You can also take the deposition of the employer. Always do this as a 30(b)(6), and always serve the notice as a Notice of Deposition Duces Tecum. You can also subpoena the documents beforehand using Rule 45. Ask them to provide a complete employee file, including hire documents. Define “hire documents” as the employment application, I-9 form, and any copies of documents inspected in conjunction with the I-9 form. (This is, of course, in addition to any wage loss documents you want to obtain, such as W2s, W4s, payroll information, etc.)

Using best practices in the handling and workup of these cases can minimize carrier/defendant exposure by putting you in the best position for pretrial motions, including motions in limine.

Of course, this raises the issue of what to do when defending a case and your client (defendant) is undocumented. For example, this problem arises when a driver hired by an employer turns out to be working illegally, and then causes an automobile accident while in the course and scope of his/her employment. First, try to exclude the defendant’s immigration status under Rule 401. Second, TXI Transportation v. Hughes, 306 S.W.3d 230 (Texas 2010) is extremely helpful. It held that neither the illegal immigrant status of a gravel truck driver, nor his use of a fake Social Security number to obtain his commercial driver’s license, was relevant to a negligent entrustment or hiring claim against the employer. It also held that the illegal immigrant’s status was inadmissible to impeach the driver’s testimony, and that erroneous admission of evidence relating to the driver’s immigration status was not harmless.

Compliance with Immigration Law and the Value of an Independent Form I-9 Au...
Scroll to top