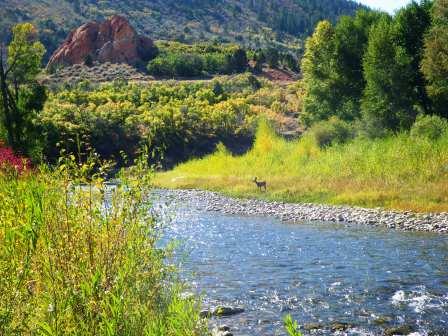 Utahns have a rich history of using their public waters (i.e., waters flowing in or impounded on rivers and streams) in place for a wide variety of purposes. Prior to the arrival of Mormon pioneers in 1847, Native Americans, mountain men and other intrepid souls fished Utah’s waters for sustenance and, at times, to avoid starvation. Consistent with the sentiments of Brigham Young and other early Utah leaders, these traditional uses of Utah’s rivers and streams continued following settlement and were even expanded to include commercial fishing and other commercial uses well into the twentieth century.

For example, from the 1860s well into the 1900s, several Utah rivers and streams served as highways of commerce to float forest products (e.g., railroad ties, saw timber, cord wood) from Utah’s mountains to mills and markets. Private sustenance and sport fishing of Utah’s public waters continues today, though severely impaired by limitations recently imposed by the State of Utah. And from territorial days through the present, Utah’s courts have recognized the public’s ownership of these waters, the public’s right to use these waters in place as it always has, and the State’s duty to protect and manage these waters and their uses in trust for the benefit of the public.

Unfortunately, in 2010 the Utah Legislature passed the ill-named Public Waters Access Act (Act) making thousands of miles of Utah rivers and streams, including more than 2,700 miles of established fisheries, off limits to the public. RBMN’s Craig Coburn and two other attorneys from other firms are serving as pro bono counsel to the Utah Stream Access Coalition (USAC) in two lawsuits to restore and preserve public access to these public waters.

In one of those lawsuits, the court has agreed with USAC that the public’s ownership of the Provo River and Utah’s other rivers and streams and the public’s right to use these waters in place are protected by the Utah Constitution. The only question remaining in this case – and one likely to be answered by the trial court this Fall – is whether the Act violates the State’s duty to protect and manage these waters and their use in trust for the benefit of the public.

In the second lawsuit, USAC has developed evidence regarding the commercial use of the Weber River from Holiday Park to Echo as a highway of commerce in the late 1800s and will ask the trial court to determine whether that evidence demonstrates that the Weber was ‘navigable’ at the time of statehood. If so, the State took title to the bed of the segment of the Weber River at issue at statehood in trust for the people and, as the public owns the water in the Weber, it has a right to use that water in place. And if the historical commercial use of the Weber establishes navigability, those same standards will apply to several other Utah rivers and streams.

Regardless of outcome, both cases are all but guaranteed to end up before the Utah Supreme Court. But though the road is hard and the outcome uncertain, USAC and its members and attorneys are committed to doing all they can to ensure that Utah’s rivers and streams – which the Utah Supreme Court once called ‘gifts of providence’ – are available to future generations to use and enjoy.