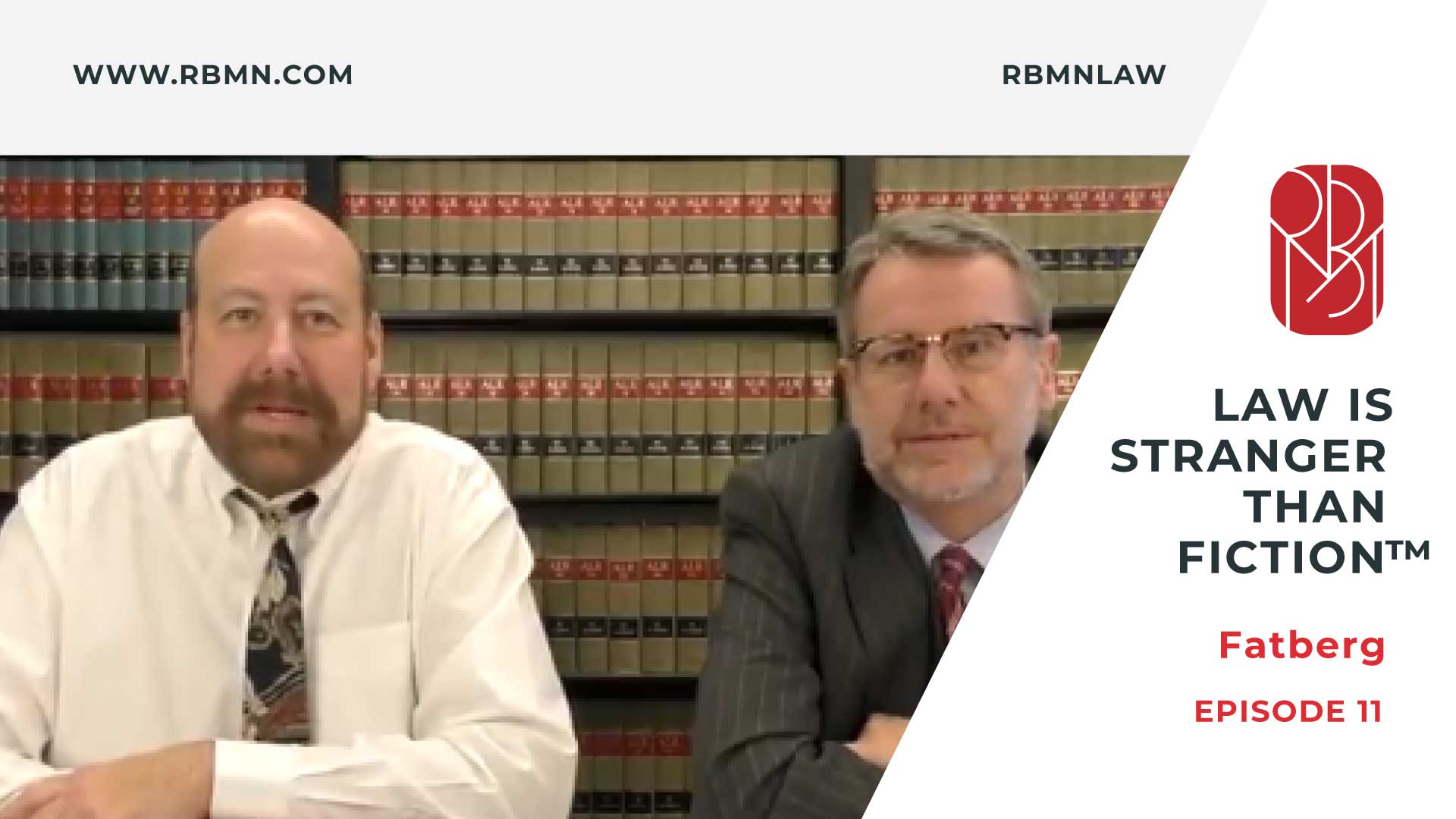 Barry: And my name is Barry Scholl.

Steven: We are shareholders at the law firm of Richards Brant Miller Nelson in Salt Lake City and this is another episode of Law is Stranger Than Fiction.

Barry: In today’s episode we’re gonna talk about what is lurking under the city streets. Steven…

Steven: Well according to an opinion from the United States District Court for the District of Columbia that was issued late to 2017. “Lurking beneath the city streets lies a purported scourge of our sewer system—non-woven disposable wipes. While unwitting consumers might blithely flush baby or facial wipes down the toilet, little do they know these wipes may bind together in the subterranean realm, creating plumbing clogs of substantial proportions.

Barry: Is there a name for these plumbing clogs of substantial proportions?

Steven: There is… they’re referred to, rather unceremoniously, as Fatberg’s and when they say substantial proportions, they mean it.

Barry: So, I understand that this is a worldwide problem not a problem limited to the United States.

Steven: That is true. There have been large Fatberg’s discovered in Baltimore, London and other eastern cities. They tend to form unwittingly, you know, and then you have a sewer blockage. You then have a sewer spill and all sudden the sewer workers get down there they find these fatbergs, which are for lack of a better term, these wipes full of grease, fat— just kind of congealed into a massive concrete-like ball.

Barry: So, when you say massive I understand that the most recent fatberg in London was a hundred and fifty tons, the weight of a blue whale ,and the size of the playing field at Wembley Stadium. Is that correct?

Steven: That’s what the news story said about it. It took them several weeks to jackhammer the thing out. Now the reason we’re talking about this story and the reason there was a lawsuit where we had a discussion about fatbergs… Back in 2016 the District of Columbia tried to prevent this problem happening in their sewer system. It actually passed a law for labeling on disposable wipes and Kimberly-Clark sued saying that the law targeted them and that their wipes, in fact, did dissolve, etc. This is how we ended up with a judicial opinion describing the scoured line beneath our city streets.

Barry: And so what our municipality is doing to prevent the formation of these massive balls of waste products?

Steven: Well the District of Columbia, as I said, tried to pass a law to not ban disposable wipes but to put labeling on there, that these are not biodegradable, these do not disintegrate in water, do not flush them down the toilet. That didn’t work out very well because Kimberly-Clark actually was successful at getting an injunction against the enactment of this statute. But what they are doing (like in DC), they have a ‘protect your pipes’ campaign, encouraging consumers not to flush things down the toilet that don’t belong down there. Things like that because obviously when there are spills you have these large backups, like they had in Baltimore a few years ago. which they attributed to about 20-tons of fatberg discovered under the city streets of Baltimore.

Barry: And I understand London has done something similar to DC in creating a “Bin It Don’t Block It” campaign,

Steven: Exactly and that’s what you’ll see more and more as cities try to deal with these problems. So now this does raise some issues that might be of interest to our viewers other than the kind of morbid curiosity aspect of it. Cities, states, local municipalities are constantly passing regulations and if you feel a regulation is somehow unconstitutionally harming your industry or your business, please contact the attorneys at Richards Brandt Miller Nelson and for now this is Law is Stranger than Fiction.

UCC Article 9: What You Need to Know, Part 3
Scroll to top