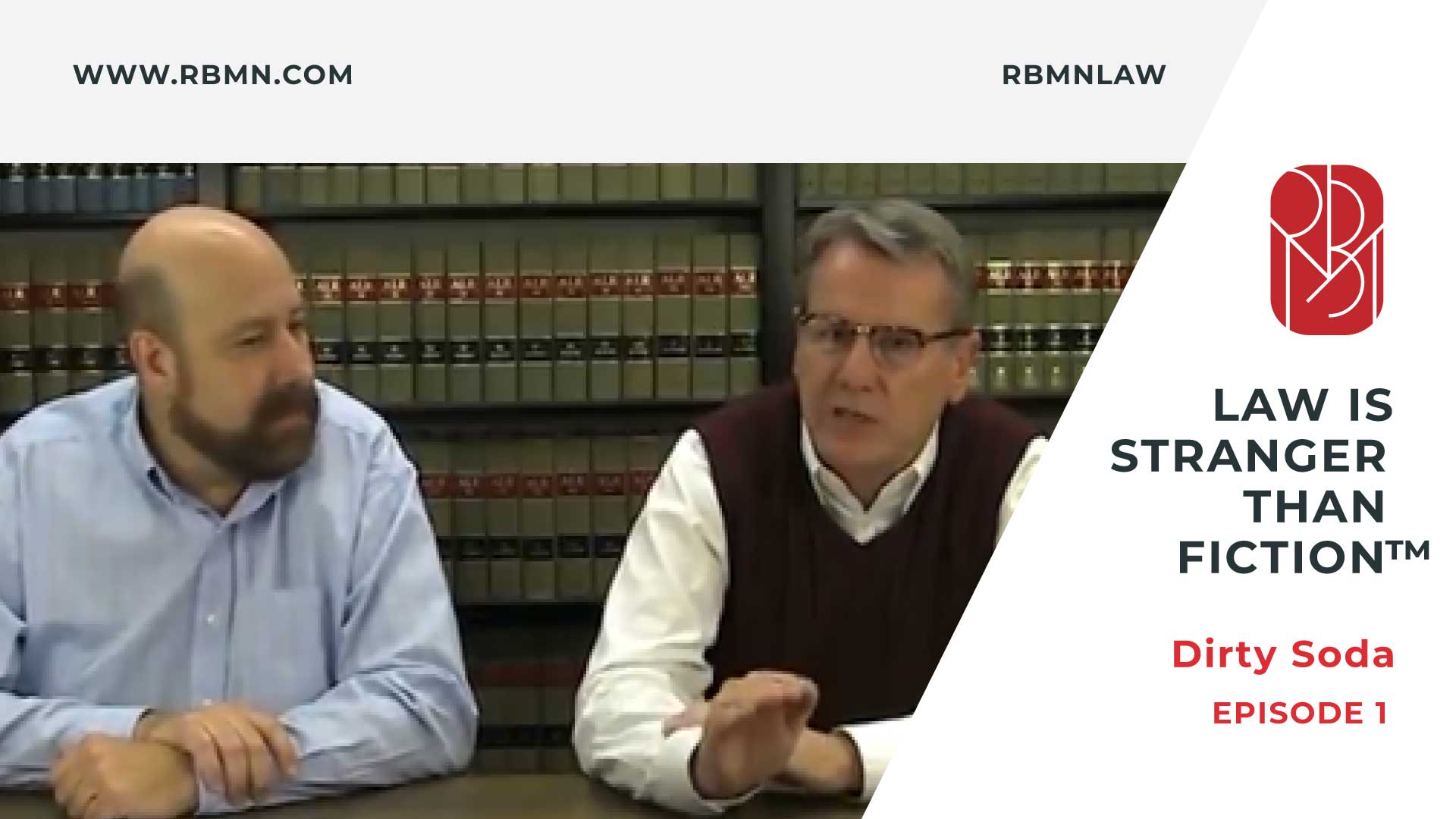 Steven: [00:06] Good Afternoon, welcome to Law is Stranger than Fiction. I am one of your co-hosts, Steven Bergman.

Steven: [0:14] We’re shareholders in the law firm of Richards Brandt Miller Nelson in Salt Lake City, Utah. And today we are talking about a lawsuit over the use of the word, “dirty.” Barry go ahead.

Barry: [0:24] Well in the 1985 “Comfort and Joy” a pair of competing ice cream companies went to war in Glasglow, Scotland. In a case of life imitating art, in Salt Lake City circa 2015 two competing soda shops went to war over use of the term, “dirty” to describe infused-sodas.

Steven: [1:22] What does one do with one of these caffeinated confections?

Barry [1:25] Well these overly caffeinated confections are very popular in Utah because the majority of the population doesn’t drink hot, caffeinated drinks. So, this gives them cold caffeine in a form that one food blogger likened to liquid cotton candy.

Steven: [1:45] Okay so anyway, these two companies are in a lawsuit over the use of the word “dirty.” Right?

Barry: [1:50] Yes, the senior company was granted trademark by the United States Patent and Trademark Office for the term “dirty” as describing an infused-soft drink.

Barry: [2:04] They did indeed. Much to the chagrin of their competitor.

Barry: [2:16} You know, exactly. So, their junior competitor started using the term “dirty” as well, which spurred a lawsuit from the senior user of the “dirty” trademark. Over the use of that term and also over infringement of their trade dress, which would have been their signage, the stores, the cups that they sold these infused-sodas in.

Steven: [2:40] Well when you said that did the trademark holder claim that the alleged infringer was copying the shape, and size, and the font?

Barry: [2:51] Well trade dress could be all of those things. In this instance, they specifically argued that they were copying the look and the feel of the soda shops and the cups themselves, as well as the use of the term “dirty” to describe these soft drinks.

Steven: [3:03] Okay. Well I know in intellectual property lawsuits typically the goal is to get an injunction and often these suits end pretty quickly. Is that the case here or, fueled by caffeine, did this suit drag on?

Barry: [3:14] Fueled by copious amounts of caffeine, this suit dragged on for a couple of years. Uh, and had a chilling effect on some of the smaller soda shops in the area, which avoided using the term “dirty” to describe their offerings. Instead, using terms like “filthy” and “nasty” to describe their soft drinks.

Barry: [3:43] No. Recently it was announced that the two parties had settled. Although we don’t know the terms at this time or if one or both parties are allowed to continue to use the term “dirty” to describe their soft drinks. The suit has been dismissed. But in the mean time, one thing is sure—crowds continue to line up at both establishments to get their daily dose of caffeine.

Steven: [4:06] Well, that’s great. If you ever find yourself in an issue where a patent, a trademark, or a copyright is in dispute, or you think somebody is using your intellectual property, please contact the attorneys at Richards Brandt Miller Nelson. We have a number of experienced attorneys in those intellectual property matters. And for now this is